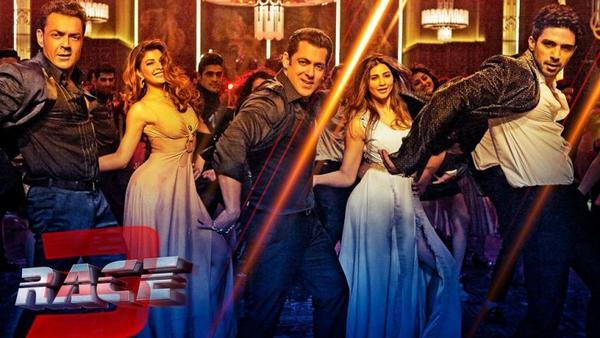 Race 3 is no doubt to be one of the most anticipated movies of 2018. Salman Khan has a record of having his most number of blockbusters during this time of the year. So, will Race 3 surpass all his previous movies collections this eid?

The Race franchise has become huge and better with Salman Khan featuring the third installment. Race 3, made on a budget of approximately Rs150 crore, has already convalesced its making cost, through the satellite deals of the film. Race 3 is a crime-thriller film based on the treachery and disloyalty that submerges two brothers. Salman is playing Sikander while Bobby Deol is supposedly playing his evil stepbrother Yash. Jacqueline Fernandez and Anil Kapoor are the only actors who are retained in this third installment of Race. Previously, Saif Ali Khan played the male protagonist in Abbas-Mustan’s Race. Following the pattern, Salman Khan’s film is releasing on Eid-al-Fitr on June 15, making it Salman Khan’s Eid offering this year.

So, will the high action-packed drama smash the box office records of Salman Khan’s previous Eid releases? Well, we hope all the best to Salman and the team of Race 3 to have the best opening till date.

Salman Khan's Race 3 is not postponed, will release this Eid on June 15, says director Remo D’Souza

Will He Be Guarding You This Weekend?