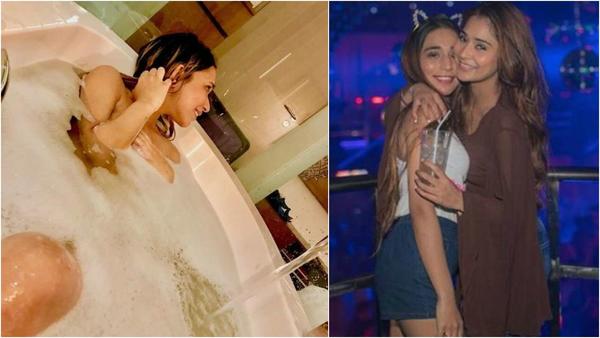 Sara Khan is again in news headlines and this time it is her nude video that is doing the talking across all media houses. Bigg Boss notoriety Sara Khan found herself into an awkward situation when her sister, Arya Khan, uploaded a video on her Instagram account showing Sara completely nude inside a bathtub. Later, the video was deleted and a bathtub picture was posted, which already went viral.

After the viral video, Sara, who sounded awfully upset over the video leak said that it was a mistake by her sister. Sara spoke to a leading daily to clarify it and said, “I don’t know what happened. Everything just went wrong. It was a video out of fun made by my sister. She deleted it in no time, but it went terribly wrong. She was drunk little bit, and then we were just having fun, and this thing happened. I just want to say that since the world has become so fast, sometimes these technologies are also harmful. So, we should be careful.”

Sara further added stating, "I am a girl and I am accountable to my parents. And most importantly, I don't die for making headlines with such cheap stuff. I have a lot to talk about my work instead to come in the headlines.”

Well, it seems to be a genuine mistake but we are still unsure of why and how the video got leaked and was captured in the first place. What do you think is the video a publicity stunt from Sara’s end or a grave genuine mistake?

Celebrities in this Article: Sara Khan