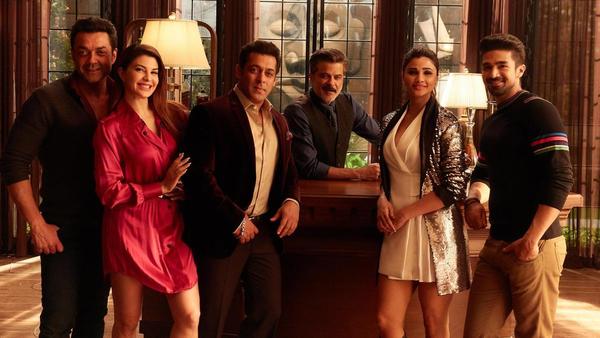 Even before the release of Race 3, the movie is creating a lot of buzz across the nation. The movie is a multi-starrer action pack with Salman Khan in it. Even though the movie is produced by Ramesh Taurani’s Tips Industries, Salman Khan has also capitalized in the movie and he has supposedly already assumed about how ‘Race 3’ can be profitable even before release.

According to cinema trade analysts, there is a huge thrill and anticipation around Salman Khan's next, Race 3, and studios have lined up outside producer Ramesh Taurani's office for the last month to dispense the film. Not just this, the latest update is that Eros has offered the producers an astounding Rs 190 crore.

The source revealed that "There were four top contenders - Fox Star Studios, Reliance Entertainment (a division of the Reliance Anil Dhirubhai Ambani Group), Yash Raj Films and Eros International. Buzz is that Eros has made an outstanding offer to Salman Khan (co-producer) and Ramesh Taurani - something which is almost impossible to refuse.

A source also revealed to a leading media channel that, "Salman Khan's last outing ‘Tiger Zinda Hai’ (2017) had earned around Rs70 crore from the satellite rights, which was said to be the highest price paid for a Bollywood film. With the actor joining the cast of ‘Race 3’, Taurani and he are looking at amplifying the figure. After a few talks, the duo has decided that they will offer the airing rights at Rs150 crore or more.”

Well, if this is the case, then Race 3 will earn 150 crores even before it releases at the box-office.

Salman Khan to have two releases this year?

Party On My Mind - The New Song From Race 2