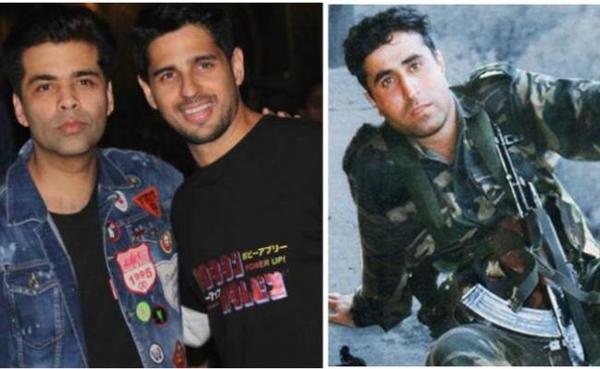 Actor Sidharth Malhotra owes his filmy career and success to Karan Johar, who launched him in Student of the Year. Once again, KJo has offered a meaty role in a big film to Sid. Announcing the project, Sid tweeted, "Excited to announce that I will be portraying “Sher Shah” Vikram Batras heroic story produced by @DharmaMovies n Shabbir box wala,Directed by Vishnu Varadhan ,written by-Sandeep Srivastava. #Shershah.”

Captain Vikram Batra needs no introduction. He is a much bigger hero for all of us than any actor in Bollywood. He is the real life hero who sacrificed his life for his nation in exemplary display of bravery and honour. His story is the kind of story that inspires youngsters to join the armed forces and serve the nation!

It is great that Dharma Productions is making a biopic on Capt Vikram Batra's life. This will definitely be a film that is remembered for eternity.

Celebrities in this Article: Sidharth Malhotra

Sid and Alia: Broken Up Already!

Priyanka Chopra at Funeral Of Her Spot Boy Jiban Batra