Priyanka Chopra Is Set to Attend the Royal Wedding. 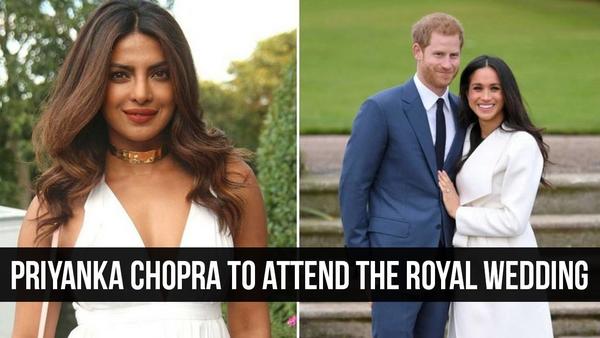 Priyanka Chopra, who has made her name in the west will be attending the royal wedding of her bestie Meghan Markel. Actress Priyanka Chopra has confirmed that she will be joining friend Meghan Markle's wedding to Prince Harry next month.

According to US media sources, the Baywatch star confirmed her attendance while also revealing that although the ceremony is less than a month away, she still isn't sure on what to wear. She is quoted as saying: "I sort of may have an idea. But no, I haven't picked one out yet."

The actress continued in a media convention, speaking very highly of the bride-to-be. Priyanka said, "I've known Meghan for three years and I'm so happy the way the world has responded to her," Chopra explained. "She's that girl who thinks out of the box. She has always been an activist. She has always had a strong voice. She's an ambitious girl of today. I think the world needs strong role models like Meghan. I think, I hope, Meghan will end up being one of those people."

Chopra's confirmation came after her modest reply to whether or not she had received an invitation to the royal wedding. Well, it will be fascinating to see Priyanka’s look at the wedding ceremony. What do you think?

Get Ready to Watch the Nickyanka Wedding All Over Again!

Best Pictures from the Royal Wedding.

Priyanka Chopra at Her Best Friend Wedding in Jaipur

10 Most Beautiful Hats at Royal Wedding