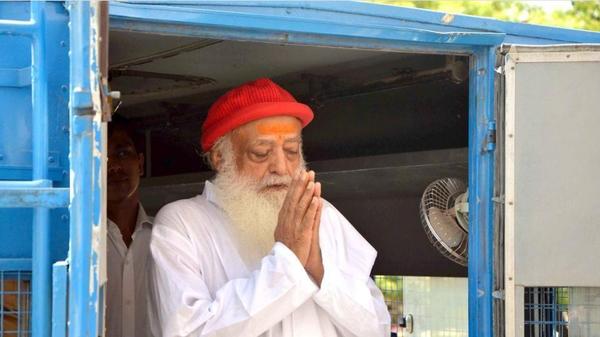 The Rajasthan court finally today sentenced Asaram Bapu to life imprisonment for raping/harassing a minor girl in August 2013. Finally today the court has convicted and sentenced Asaram to a life in jail for the assault on the teenager, however, another matter relating to the alleged sexual exploitation of two sisters is still pending before a court in Gandhinagar, Gujarat.

Madhusudan Sharma, a special judge at the Jodhpur Schedule Caste and Schedule Tribe Court, had condemned the self-egotistic godman and two of his associates – Shilpi and Sharad – in the 2013 case. According to media reports, the special court acquitted the other two accused in the 2013 case – Prakash and Shiva. Asaram’s two associates have been given 20 years each in jail amid rigorous safekeeping.

Asaram had been engaged under Sections 342 (punishment for wrongful confinement), 376 (rape), 354A (assault or criminal force to woman with intent to outrage her modesty), 506 (punishment for criminal intimidation) and 509/34 (word, gesture or act intended to insult the diffidence of a woman read with Section 36 – acts done by several persons in progression of common intention) of the IPC, as well as under relevant sections of the Protection of Children from Sexual Offences (POSCO) Act and Sections 23 and 26 of the Juvenile Justice Act.

We are happy that at last the justice has been served and the accused is put behind the bars for good. What is your take on court’s decision?

Sentencing Brings Mundane End to the Glorious Story of India's Most Wanted Host!

Salman May Face 10 Years In Jail!

Ayushmann Khurrana wants to do a film on Section 377