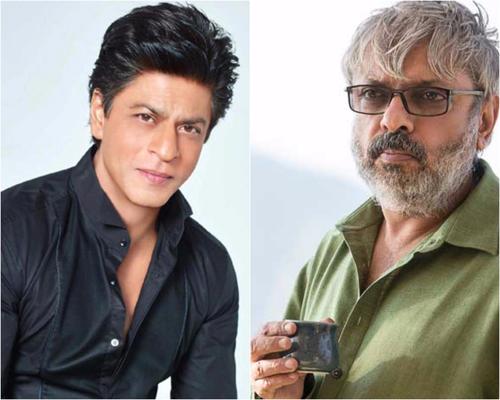 Shahrukh Khan who is busy in shooting for his upcoming movie ‘Zero’ has given his nod to Sanjay Leela Bhansali for his next venture. Shah Rukh Khan will finish Zero and start shooting for Bhansali’s film. He was anticipated to begin shooting for the project, allegedly titled 'Salute' after completing Anand L Rai's 'Zero', in which he is playing a dwarf. The film is expected to release in December this year.

Shah Rukh was supposedly suggested by Aamir Khan for the Rakesh Sharma biopic. However, as per a media report, Shah Rukh has reportedly given his nod to Bhansali for a period film and is likely to begin shooting for it once he is through with 'Zero'

A source close to the actor revealed that “Not many know that Shah Rukh and Bhansali have been in talks for long. During a recent meeting, the director narrated his script to him. It is a fictional love story with a period setting. While Shah Rukh has given his nod in principle, the project is facing a roadblock by way of its female lead. Though the names of a few leading ladies are being thrown around, Bhansali is yet to zero in on an actress.”

Well, we are waiting for any official confirmation from the actor’s end. For now, we are holding tight and wishing for this collaboration to create history again.

Not a cameo this time, Salman and SRK together for a Sanjay Leela Bhansali film?

Zero: Salman Khan and Shah Rukh Khan all set to teach 'Issaqbaazi' together!

SRK to make it special for late actor Sridevi with Zero

Shah Rukh Khan comes in support of Thugs Of Hindostan’s debacle – read to know if you agree!

Zero teaser: It’s a blockbuster show all the way with Salman and Shah Rukh Khan

Shah Rukh Khan: I am loving and living making Zero the film

Shah Rukh Khan to work on Don 3 after Zero?