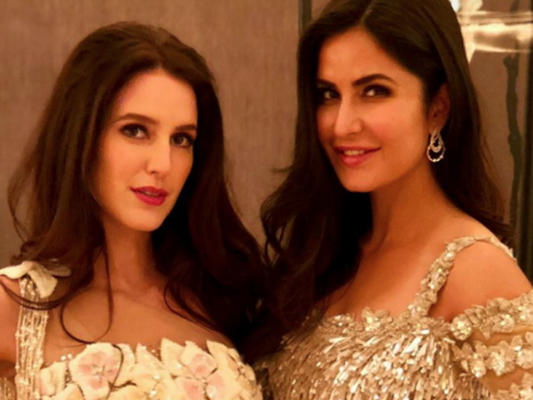 If you take a look at the current lot in Bollywood, you will see star kids all around. Joining this new generation of Bollywood wannabes is Isabelle Kaif. Isabelle Kaif is already well known by virtue of being Katrina Kaif's little sister. She has already worked in an English film produced by Salman Khan. It is now time for Isabelle's Bollywood debut!

It has been confirmd that Isabelle Kaif is making her Bollywood debut with Sooraj Pancholi in a Remo D'Souza film - Time to Dance. As the title suggests, the film will be based on a dance theme.

Surprisingly, sister Katrina is also set to dance to Remo's tunes in another, yet untitled, Remo D'Souza film, starring opposite Varun Dhawan.

Looks like Remo has all the Kaif girls keen on working with him!

Shraddha and Varun Prepare for ABCD 2

The real story behind Harshvardhan Kapoor and Isabelle Kaif's friendship

Again disinterested in Isabelle, Salman Khan opts out of cameo in Time To Dance?

Varun Dhawan and Katrina Kaif's next in dance-based film 4D?