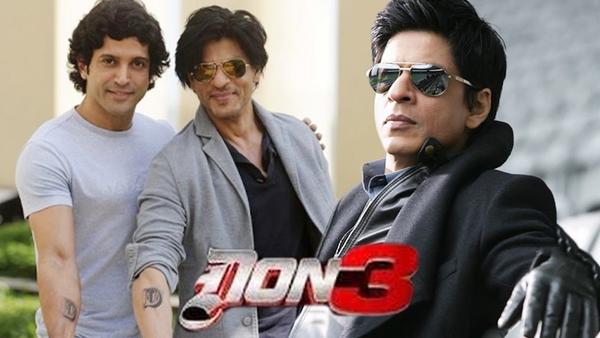 Don 3 is one of the most anticipated movies that audiences are waiting for the release. Well, it seems like the director of the movie Farhan Akhtar has a story now for the third chapter of the big franchise. Also, if we go with the news as the interesting development in upcoming crime thriller Don 3', Farhan Akhtar is all set to star alongside Shah Rukh Khan in the highly-anticipated film.

A leading media channel quoted a source saying, “Farhan will also act in this film. He will play a desi top cop to Shah Rukh’s Don. Since a portion of the film will be set in India, Farhan will be seen donning the policeman’s uniform in the film.” However, fans anticipating to see Priyanka Chopra as Roma in the film may be disenchanted. Her character is not needed in the new film and a new cast will reportedly be brought on board for the film.

Since now the script is ready it will be fun to watch Farhan and SRK together on one screen. Though we will definitely miss our ‘Junglee Billi’ in the new franchise, but if the script for the new chapter seems strong and upholding, the audience will love to get enchanted again.

Are you all rigorously waiting for the release of Don 3?

DON 2: The King Is Back – Movie Review

Shah Rukh Khan's Don 3 to be shot in Dubai and Abu Dhabi?

Neither Priyanka nor Deepika, a new girl will be cast opposite Shah Rukh Khan in Don 3

Shah Rukh Khan to work on Don 3 after Zero?