Saroj Khan is Happy with Jackie's Ek Do Teen! 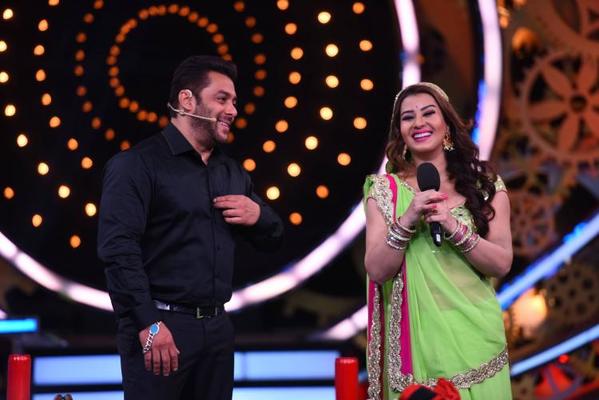 The veteran choreographer, Saroj Khan has always been the dance master of the Bollywood cinema. A lot has been spoken about Jacqueline Fernandez's dance number Ek Do Teen recreated version in the upcoming film Baaghi 2. Well, Saroj Khan has given her positive blessing to the remix and it means a lot coming from a veteran.

When a media channels grilled Saroj about her reaction to the song, she stated I am not commenting on it." On reports that she and Chandra are planning to take legal action against it, she said: "No comments".

But now as per reports in a leading media head, Khan is extremely happy about the song. An interesting fact is that the director of Baaghi 2, Ahmed Khan was the assistant choreographer of the Tezaab song, while the choreographer of the recreated version, Ganesh Acharya was the background dancer in the original song. Saroj spoke about the song to the tabloid stating, "I’m extremely happy and proud of Ahmed and Ganesh for paying us a tribute through this song. They have all my blessings."

While, a source close to the choreographer further said, "There was no question of legal action. There is no competition here and there should be no comparison as every individual is different. There’s no question of which version is better as the new song is a tribute to the original team of Ek Do Teen. The entire Baaghi 2 team has worked very hard on it."

Well, if Saroj Khan is happy with the new dance moves and the remix of Ek Do Teen, the makers of the song can put a hold on the negative rumors.

Nobody Wants To Dance With Me!

Ganesh Acharya alleges Saroj Khan of conspiring against him

When Kalank came to me, I said this song deserves Saroj Khan: Madhuri Dixit

Patch up: Madhuri Dixit and Saroj Khan team up after 18 Years

Jacqueline Fernandez on Ek Do Teen: Nobody can come close to Madhuri Dixit

Tiger and Shradha Sizzle in This Song!