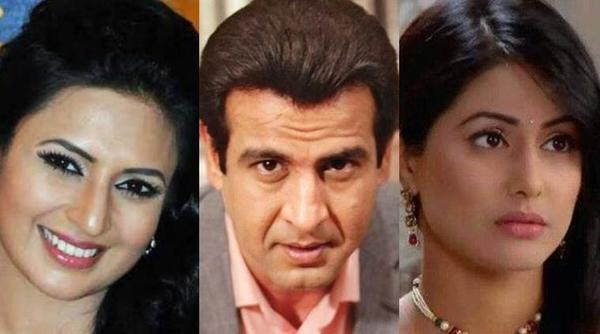 Here below we have 5 telly actors who earn more wage than film stars:

Divyanka Tripathi: Divyanka is best known as Ishita or Ishi Maa in the hit show Yeh Hai Mohabbatein. She is paid Rs 80,000 – 1 lakh per episode.

Hina Khan: The bahu of Indian television world, Hina aka Akshara from Yeh Rishta Kya Kehlata Hai gets a whopping Rs 1 lakh to 1.25 lakh per episode. She is also one of the highest paid television actresses we have today.

Karan Patel: He is mostly remembered by fans as a host of the show Gumrah. But we connect Karan more as Raman bhalla from Yeh Hai Mohabbatein. And, he gets Rs 1 lakh -1.25 lakh per episode!

Ronit Roy: Being a mainstream actor and also one of the finest actors in the telly industry, Ronit receives Rs 1.25 lakh per episode. Also, he has a policy that allows him to work for only 15 days a month.

Ram Kapoor: When it comes to actors with high wage pay, Ram Kapoor is always a shining star. When on television he demands a whopping Rs. 1.25 lakh per episode. He too shoots for only 15 days and gives the remaining time to films and family.

So, it is now clear that telly industry celebrities make more money than many mainstream actors from Bollywood.

Guess Who's the Best Looking Woman on Indian Telly?

Anna's agitation to start from December 27 on MMRDA Grounds

The Handsome, The Daring, The Macho & The Expensive

B Town Celebs at A Major Television Awards Event