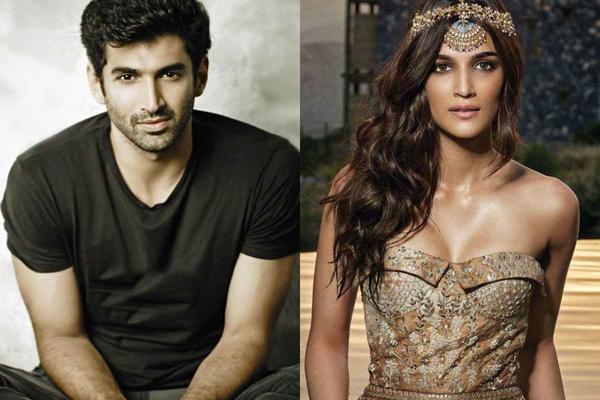 There have been rumours of Kriti Sanon and Aditya Roy Kapur being cast together in a film, but every time it has just been a rumour ... till now!

Mohit Suri is set to make a sequel of his hit film Ek Villain. But the film maker was looking for a fresh new pair this time around. This is why Shradha Kapoor and Sidharth Malhotra have been replaced by Kriti Sanon and Aditya Roy Kapur. The hunt for second male lead is still on.

This film is supposed to be a romantic thriller, with two male leads and one female. Apparently a love triangle is not ruled out. Since Mohit Suri has already worked with Aditya in Aashiqui 2, it was easy for him to make the decision about his first male lead. Who do you think should be the second male lead in this film?

Disha Patani overcomes the fear of heights with aerial stunts

On the set: Disha Patani and Aditya Roy Kapur are training for 'something special' for Malang

Aditya Roy Kapur no longer a part of Mohit Suri’s next, both part ways?