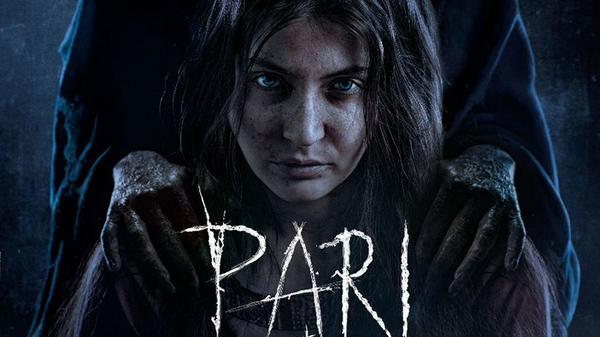 Pari—Anushka’s third production house movie is out and it seems to be engrossing people with the storyline and the characters it indulges on screen. Pari, which actually means spirit, is a horror perusal that is scary with every frame. The film may not be out-and-out wicked in terms of quality. However, in seeking to deliver an everlasting supply of heavy-handed chills and thrills, it goes all out without a safety net. It comes up short and falls with a bang.

Anushka’s third film and perhaps her strongest work as a producer-actor, Pari has the ability to redefine the horror genre as it’s excitingly different, impressive and moody. Unlike majority mainstream horror films, there’s no quaking contextual sound effects, clichéd scares, or dramatic ‘possessed by evil spirit’ performances. Pari is an art-house, indie thriller which moves at its own pace, in its own unique way. It has a collision of many horrific acts found in commercial scary movies — eerie silence, haunting yet soothing melancholic music, an enchanting love story and an air of distrust that grips you slowly and progressively.

The movie is based on a girl found on the roadside that turned out to be vigil and horrific with every second the movie continues. If you like horror as a genre and prefer a candid leitmotif over sheer scary sequences, you will find this one fascinating as it is not destined by the commands of commercial cinema.

If you have not watched the movie, please go ahead and have a refreshing weekend.

Sugar is addictive and that is scary, says Shilpa Shetty Kundra

Prernaa Arora: ‘Pari is not like the usual horror films in India'

Anushka Sharma is all set to spread fear with her upcoming horror-drama ‘Pari’.

A technician, died on the sets of Anushka Sharma's film 'Pari'

Akshay to Play an Alien!!!

The No Make-Up Look
LATEST EVENTS / GALLERIES
Most Read
...loading