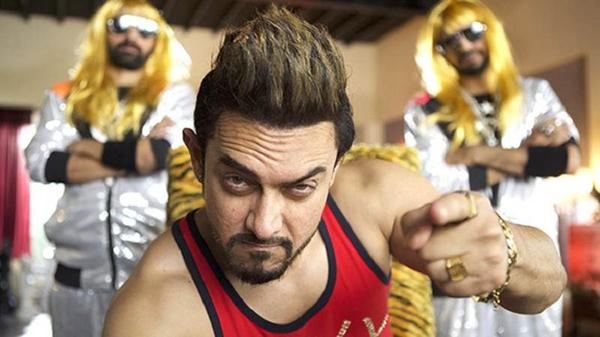 Aamir Khan's lastest film was Secret Superstar. The film received a mixed response in India. But surprisingly, it has been hugely successful in China. In fact, the film has already grossed over 900 crore in the Chinese market! Aamir Khan's previous films like Dangal, PK and 3 Idiots have also been very successful in China. But Secret Superstar has surpassed all of these films to become the actor's most successful film in China.

Aamir Khan is so popular in China that he even has a nickname there - Chinese fans know our Aamir Khan as Uncle Mi.

Aamir's films are popular, but he is even more popular in China. He was rated the most popular foreign star in China last year. He has huge fan following on social media and his films seem to connect with the Chinese masses. His popularity in China reminds us of Raj Kapoor's popularity in Russia a few decades ago! It is hard to pinpoint exactly why the Chinese adore our desi actor but they do!

What Made Dangal Such a Hit With the Chinese?

Is FDI in Retail really necessary?

Indo-China war drama 'Paltan' actor Harshvardhan Rane: Ditching Chinese products is the least I can do

Paltan Director JP Dutta: We Have Never Perceived China As An Enemy So Far, It Was Always A Threat

Aamir Khan to boost trade between India And China

After Bajrangi Bhaijaan, Hindi Medium set to release in China

Aamir Masti With Wang Baoqiang On The Sets Of Dangal

The Harbin International Ice and Snow Festival in China