Deepika-Ranveer are Officially the Most Successful Real Life Jodi! 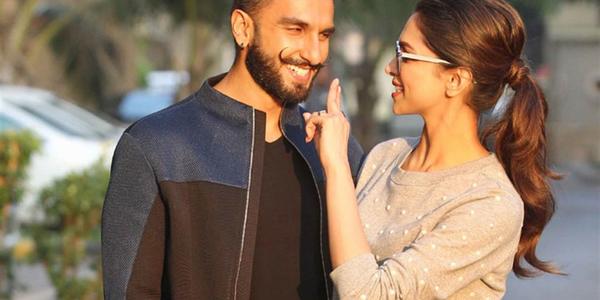 Deepika and Ranveer began this journey with their first film together - Goliyon ki Rasleela - Ramleela. Both the actors were established stars by the time this film was made. The film was immensly successful and grossed Rs. 116.83 crores. This is also when these two started dated. Intially they denied the rumours but soon they stopped denying or even hiding their affection for each other. They made appearances together, always holding hands or hugging as the shutterbugs snapped them.

Their next film together was Bajirao Mastaani - which grossed Rs.184.2 crores. The second big hit film established Deepika-Ranveer as a successful on-screen jodi. We heard rumours of a breakup every other day, but these two went on strongly attached to each other!

Their thirs and most recent release is Padmaavat, which has already grossed Rs. 257 crores and we are still counting. This brings their total to 558 crores plus more, as Padmaavat is still going strong!

Other couples like Aishwarya-Abhishek or Bipasha-Karan or Kareena-Saif have not seen this kind of success on screen as a jodi. In fact no other couple is even close to achieving this kind of popularity and success. It is obvious that not just Sanjay Leela Bhansali - but the whole country loves this beautiful jodi - both onscreen and offscreen!

Pics of Ranveer-Deepika at the Ambani Ganeshotsav Prove They are an Item Forever!

Ranveer and Deepika to Marry?

Ranveer Singh: Being the best entertainer is my single point agenda

Alleged couple Ranveer Singh and Deepika Padukone to be neighbours?

Ranveer: Deepika is the better half of our Jodi

Bollywood Successful Male Jodi Made The Audience Crack Up In Theatres