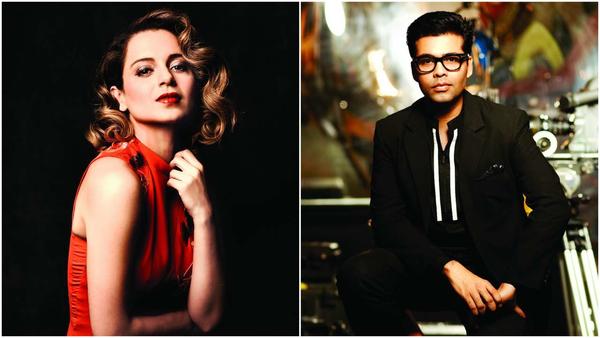 We all know the relationship that Karan and Kangana have with each other. The last time when the presence of the two was sighted together the media house and the channels were bloomed with topics of agitation and nepotism. We all know of the famous spat between Kangana Ranaut and Karan Johar. After the actress called him the "flagbearer of nepotism" on his own show, Koffee with Karan, he led a massive witch-hunt to call her out for what was a very obvious observation.

But it looks like the whole shebang is about to change now. Karan is currently the judge of a reality show, India's Next Superstar. His co-judge is Rohit Shetty and the show is being telecast on Star Plus. And if sources are to be believed, Kangana is all set to be a guest judge on the show and she will be seen, once again, with Karan.

When asked about Kangana's appearance as a guest judge, this is what Karan had to say "If the channel invites Kangana Ranaut, we will be very happy to have her. Hamara dil bada hai aur ghar khula hai... hanste -khelte unka swagat karenge. With due love and respect.” He added that “This show is not my answer for nepotism.”

It would be great to see the two feistiest people on the same stage. We can expect a lot of fireworks and action this 2018. Don’t you think so?

Madhuri Photo Shoot On The Sets Of Jhalak Dikhla Jaa 6