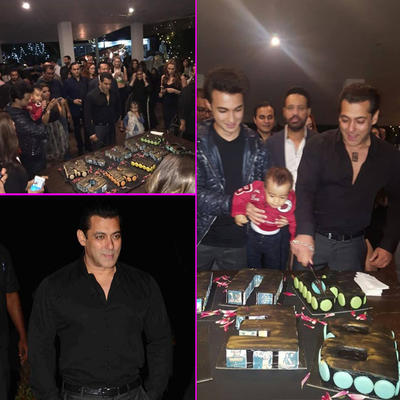 It’s now become an annual tradition for Salman Khan’s friends and family to assemble at the actor’s Panvel farmhouse on his birthday eve. Salman’s birthday, which falls on 27 December, is brought in by the actor at the farmhouse in the midst of all his loved ones.

Like every year, this year too, the birthday boy invited a lot of celebrities from Television and Bollywood industry to attend the party. Salman this year celebrated his birthday with his favorite girls and they are none other than Lulia Vantur, Sangeeta Bijlani and Mouni Roy.

It has been a treat to see Salman surrounded with his favorite people around and make the most of his special day. We wish Salman a happy birthday and more success in his upcoming ventures.

Karan Johar's Birthday is No Less Than a Festival for Bollywood!

Is Salman Ready To Finally Tie The Knot?

Salman Khan on Completing 30 years in Bollywood: “I’m always striving to deliver my best to fans”

Star-studded party: Salman celebrated his 51 birthday with friends and family

Dhanush Celebrates His 30th Birthday In London With His Buddies

Is Salman Khan Engaged To Lulia?