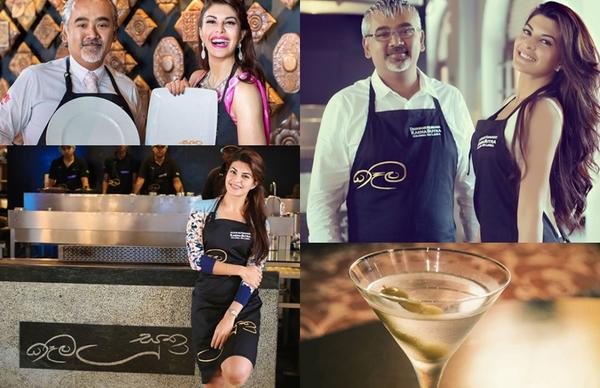 Jacqueline is now running high with a new feather in her cap of achievements. Jacqueline has proved herself as a successful actress in Hindi cinema and she is extending her expertise by opening a new restaurant in SriLanka. Jacqueline Fernandez has joined the bandwagon of Bollywood actresses who turned entrepreneurs. The Sri Lankan beauty opened her first restaurant in her home country and has named it as ‘Kaema Sutra’.

Jacqueline Fernandes posted a tweet on her joyful event stating, “So excited to announce my first restaurant @kaemasutra with @dharshanmunidasa is now open in the brand new @shangrilacolombo bringing you the yummiest #srilankancuisine, see you there!!! #foodismyfirstlove.”

We are very happy for Jacqueline’s new achievement. It is now proved that Bollywood beauties are not just Barbie dolls for music and dance. Jacqueline has always been a glamour diva in Bollywood and we wish her all the best in her new consolidation of work.

Celebrities in this Article: Jacqueline Fernandes

Gauri Khan is Celebrating Another Achievement!

And Restaurant for your Plants Now!