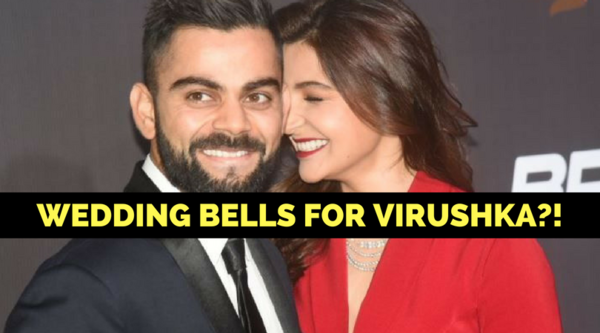 Anushka and Virat are always down to speculations when it comes to marriage and getting engaged. Recently, the news that is making some hot round is that Virat and Anushka are getting married next week in Italy. However, the Bollywood star's representative put the rumors to rest, calling them untrue. The denial came after several news channels reported that the couple was likely to tie the knot between December 9-12 in Milan. An Italian wedding was speculated, with the functions being spread across four days starting from December 9.

It was only last month when rumors about a December wedding encouraged the actress to set things straight - Anushka Sharma's manager had told a news channel that, "These are just rumors doing the rounds. No truth to it." Fresh rumors speculated that the celeb couple were to fly out for destination Italy on Thursday, where there would be a three-day wedding between December 11-13.

Well, it seems like the couple will wait for a little while to get married. We hope the best for both of them.

Rome is the honeymoon destination for Virat and Anushka

Not wedding, But Anushka Sharma and Virat Kohli to take off on vacation?

The rumours surrounding Anushka and Virat’s engagement are untrue

How sweet! Anushka and Virat snapped once again in Mohali

Good news: Virat and Anushka get back together soon?