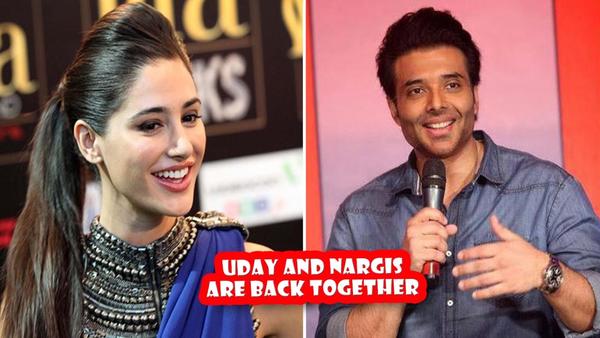 What’s new in Bollywood is never hidden by media channels and columns. The hot listed topics of the B-town are surrounded by the news of Nargis Fakhri and Uday Chopra's marriage and engagement. It is a hot rumor that the Rockstar actress will be getting married to none other than her boyfriend Uday Chopra.

Although their relationship wasn’t really the talk of the town, Uday Chopra and Nargis Fakhri’s parting sure made Page 3 headers when it left the two lovers heartbroken last year. However, it looks like the couple is back together, and this time for good! If sources close to the Chopra family are to be believed, Nargis is all set to become Rani Mukherjee’s sister-in-law.

Recently Nargis was seen in the Chopra's residency and it actually fired the speculation of Uday and Nargis getting hitched very soon.

“There is definitely a wedding on the cards. Uday is fully committed to the marriage. He wants to make it legal with Nargis since the last two years but she’s commitment-phobic, both professionally and personally. She keeps running off to her home in New York,” said a close family friend of the Chopras.

So, it seems like Nargis and Uday are making their relationship public. Whether it is Uday who is taking extra determination to bring things back to normal or Nargis who had a change of heart, we are happy that the couple is back together.

Is Uday Chopra Suicidal and Depressed?