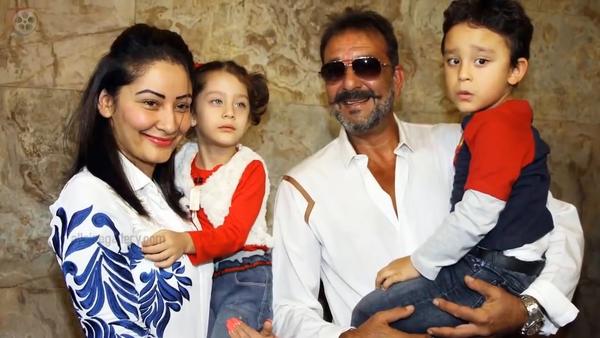 Have you ever thought how does an ex-con explain his reality to his children?

Sanjay Dutt, or Sanju baba as we all know him, finds himself in this peculiar situation. We all know that he was involved in the TADA case linked with Mumbai blasts, and after more than 2 decades, he had to serve jail time for his involvement in the case. How do you think his family, especially his little twins take it? How were those little children explained the reality of this peculiar situation?

Sanjay Dutt says, "The case dragged on for 23 long years. It bogged me down. But I was really lucky that when I started my jail term, the twins were about two years old and they don’t have any memory of it. And I am glad that I came out just when they were becoming aware of their surroundings. Now I am always there for them, always around."

Sanjay is clearly happy with his family and enjoying his freedom. His wife Manyata has her own take on this situation and clearly is in a dilemma about how to explain to the children without giing them any wrong ideas! Manyata says, "They are still too young to understand what happened. Shahraan’s dad is his hero, his role model, he idolises him. I worry about two things. First, it could be too much of a shock for him; he might not be able to justify what had happened or understand why it happened. Second, he might start thinking whatever his dad did back then was cool. We don’t want either to happen. They should know that their father was wrong and he has paid a heavy price for that. Not many people would have the courage to own up to what they had done and face the consequences. I want them to understand how it happened, why it happened, and how Sanju took it in his stride. But they are still too young for all that and we don’t want to burden their childhood."