Padmavati in 3D: Sanjay is Leaving no Stone Unturned for this Film! 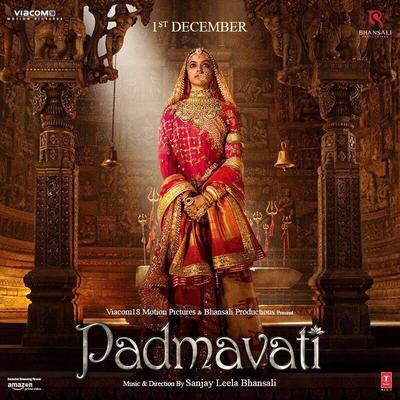 The news around the media houses in India is all about Padmavati. Padmavati has made us all go crazy and we are eagerly waiting for the movie to get released. It seems like the makers of the movie has put all their efforts to make it a grandeur opening in the theaters. Padmavati is a movie based on the life of Rani Padmini which is being played by Deepika Padukone. The movie that has been a part of Sanjay Leela Bhansali’s dream project is now going to be out for the public to imagine the extreme epicness of the creator’s story.

The makers of Padmavati are overjoyed with the enormous love and gratitude from audiences to their trailer as well as the first song of the movie and now they are planning to present Padmavati in 3D as well. Isn’t this exciting?

The leading media channel has quoted a source close to the film saying, “The executives were excited after watching the trailer. They told producers Viacom 18 that the film must be seen in 3D for viewers to enjoy the filmmaker’s vision. Bhansali was on board too.” The source further publicized his view and said that given the film has been made on a total budget of 170 crores, the decision of a 3D release would only get a greater response from the audience and help to make it a bigger draw. He also stated that it would help the film get a benefit at the Box Office and thus improve the film’s prospects.

Are you all excited to watch Padmavati on 1st December in 3D.

With So Many Threats Against it, Will We Ever See Padmavati?

Padmavati: Not releasing on december 1 in the UK, confirm sources

SLB’s upcoming film will be a musical love story, he all set to launch niece in this film

The Most Awaited Teaser of this Year