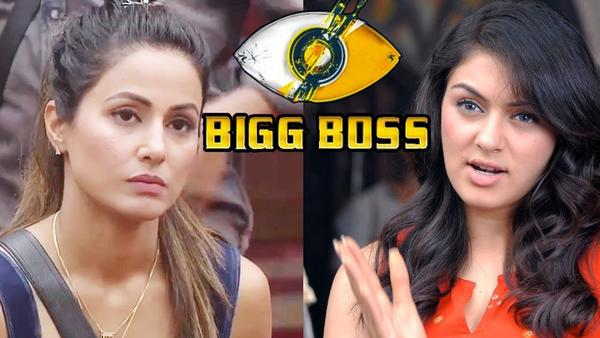 Bigg Boss 11 is the current rage on TV. The ratings are good, thanks to all the masala and action the inamtes are provinding. Not only are they actively planning, plotting and quarrelling, the inmates are also bitching about people outside the show!

Recently Hina Khan and Shilpa Shinde slammed the South Indian film industry. Amongts other things, Hina Khan trashed the Southie directors for insisting on their heroines to be bulging!!!

Obviously this did not go down well with the ladies working down South! Here are a few reactions:

Raai Laxmi: "What nonsense! It's just that people in South generally like curvy women. There is no such criterion that women should be bulging."

Sonal Chauhan: "It has never happened to me. Clearly, Hina is ignorant. She needs to get her facts right. What an absurd statement to make."

Mahek Chahal:  "Maybe Hina is too skinny, which is why the South filmmakers asked her to put on some weight. So probably she thinks that this is the case with every actress down South. I am sure she has misunderstood."

Shilpa Shirodhkar: "If Hina's statement is true, I would have been a superstar in South. I was never thin."

If you look at all the women working in the South Indian films, you will realize that there is no truth in Hina's statements. Is she simply spewing venom because no director has cast her in their Southie films yet??? A case of sour grapes perhaps!

Sidharth Tells Hina They are NOT Friends Really!

Telly Actors Share Their Thoughts About 'Hina Khan in BB11'

Hina Khan on trolls: I think you let them win if they take a toll on you

Cannes 2019: Overwhelmed Hina Khan thanks Priyanka Chopra and Nakuul Mehta for their booster dose of encouragement

Cannes 2019 photos: Hina Khan in pink pantsuit is nothing but classy!

Celebs And Cricket Teams At The CCL Season 3 Red Carpet