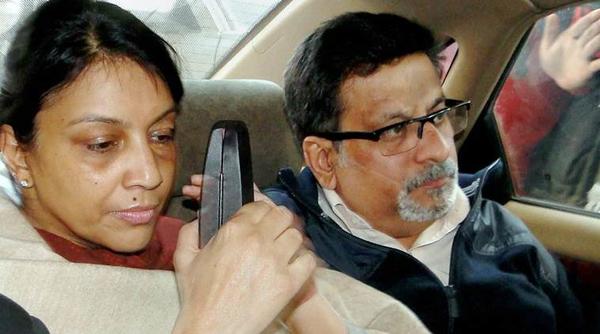 We all are well aware of the Aarushi murder case that is being prolonged for more than nine years now. There has been always a confusion to come to a conclusion with this murder case. However, back in 2013, there was a movie released Talvar based on the real murder case story and that turned out to be a real eye-opener to many people in general. We all know that the Aarushi case has been commended by the district court and the father of Aarushi was found guilty of the murder but now the High Court’s verdict has changed everything.

Aarushi's parents Rajesh and Nupur Talwar were conferred life sentence by a special CBI court in Ghaziabad in November 2013 after it found the duo guilty of the crime. The accused duo had filed a petition challenging their conviction and now the result of the petition from the High court is out.

The High Court says the CBI had failed to prove "guilt beyond reasonable doubt". Aarushi was found dead in her bedroom, just days before she turned 14. The police initially suspected Hemraj, the family's Nepalese domestic help, for her murder, but two days later he was discovered dead on the terrace of the same building.

AP Singh a part of the judiciary in Aarushi case said that the court has not said that the Talwars are innocent but it has said it is giving them the benefit of the doubt and releasing them for the jail. The verdict ends a nine-year ordeal of the parents who were found guilty by a CBI court of murdering 14-year-old Aarushi.

Both Rajesh & Nupur Talwar have been acquitted and are expected that they will be out of the jail by tomorrow.

Sentencing Brings Mundane End to the Glorious Story of India's Most Wanted Host!

No One Killed Aarushi?

Aarushi Murder Case To Be Immortalized