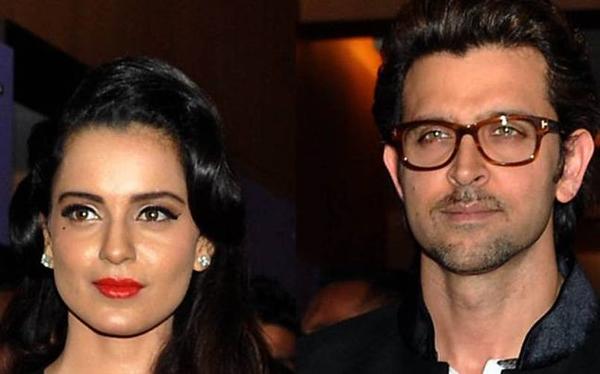 People have fastened their seats to watch the ongoing feud between Hrithik and Kangana. We all know that the legal battle that is prolonging for more than 2 years between Hrithik and Kangana now is a center full of questions and mysteries that are still on hold to get revealed. Last month Kangana has outspoken her part of the scenario to the public on how she is getting affected by the humiliation that is showered by the Roshan family on her.

Well, now, Hrithik has spoken out for the first time today in an interview with a leading television channel to discuss the questions levied by Kangana on his character and family. Hrithik put across his side of the story in his ongoing legal battle with Kangana and there is something that is hard to digest in his interview.

During the interview, Hrithik clearly mentioned that he was proud of Kangana but the stalking and harassment by the later have made him go oblivious in this case. In an interview, Hrithik said,’ I first met her in 2008-2009. We did not become good friends,” Hrithik said, “I found her to be extremely, extremely professional, not just in Kites, but through Krrish as well, to the extent that I was really, really proud of her. She came with her dialogues, and she was giving everything she had for my movies, and for an actor to give so much to my movies meant a lot. I was extremely proud of her, and I told her that several times.’

Being proud of Kangana is something that is hard to digest when it comes from someone who has revealed some explicit content against the former that almost demolishing her career. Kangana had imposed several allegations on Hrithik Roshan and father Rakesh Roshan during an interview with a leading media channel. She had also disclosed details of their alleged relationship. Today, it was Hrithik's turn to clarify and put across his side of the story.

Hrithik Proposed To Kangana in 2014!

Kangana Ranaut: Give me some space

Exes Hrithik Roshan-Kangana slap legal notices on each other

Hrithik and Kangana At Airport While Leaving For Krrish 3 Shoot