Tragedy Strikes at Mumbai - Who is Responsible? 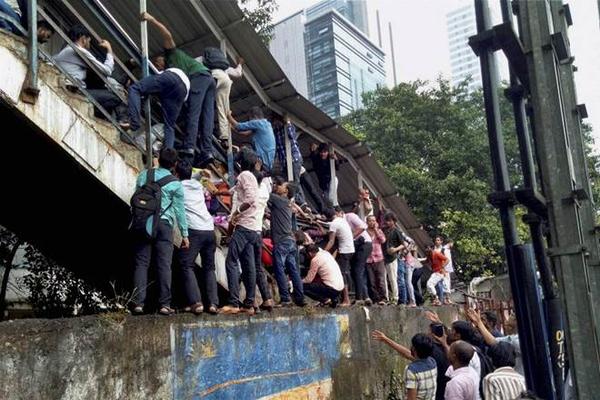 The tragedy that is making a lot of hullabaloos lately is now raising questions about who exactly is responsible for the tragedy stampede that happened in Mumbai. At least 22 people were killed and several injured in a rush-hour stampede on a foot-over-bridge (FOB) linking Elphinstone Road and Parel suburban railway stations in Mumbai one week back. This accident is raising lot more than just questions and is actually narrowing down to who exactly is responsible for this mishap in Mumbai.

After the accident, if we actually look at the point of accident, the reality is making some loud sound. Do you think the government is somewhere or the other responsible for the accident that can be avoided if the station infrastructure was not poor? If we go with the reports, the Senior Nationalist Congress Party (NCP) leader Ajit Pawar hit out against the Devendra Fadnavis-led Bharatiya Janata Party (BJP) government, holding it liable for the tragic stampede near Mumbai's Elphinstone Road station in which 22 people were killed and several more injured.

"The bullet train project will not benefit Maharashtra in any way. It is merely a massive propaganda project to showcase Prime Minister Narendra Modi in his home state Gujarat. Had chief minister Fadnavis instead thought of improving the condition of the Railways in Maharashtra, such terrible mishaps would not have occurred, “Mr. Pawar said to a leading media channel while commenting on the stampede incident in Mumbai.

So, do you think this mishap happened because of an ignorance that is made by our government to improve the railway infrastructure or it is just a mere accident?

Kitchen Safety Tips for Everyone

Did You Know the Colour of Your Car Affects Safety???

Sonali Bendre: The repeated attacks on educational institutions has shaken me and young India

Hema Malini: Sunny was the 1st person to come & see me after my accident

Ravindra Jadeja meets with road accident, hits a girl with his car

One painter dead on the sets of Padmavati

Kangana and team meet an accident on the sets ‘Simran’

Another Building Collapses in Mumbai!