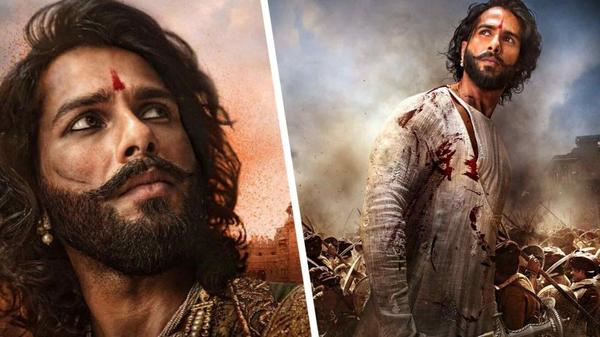 The most awaiting movie of this year is Padmavati. The movie that has been a part of Sanjay Leela Bhansali’s dream project is now going to be out for the public to imagine the extreme epicness of the creator’s story.

Earlier, this week the first poster of the movie was out and it was no wonder that it made us all go awestruck. With a grandeur opening that the posters are getting from the public, it is sure that the movie will do the same after its release in December this year. In the first poster, Deepika was seen in a regal avatar and the new second poster is showcasing Shahid Kapoor as Maharawal Ratan Singh. As we can say with pride in eyes and scar on face comes Shahid Kapoor as Maharawal Ratan Singh from the upcoming film 'Padmavati.'

We are awestruck with the posters releasing week after week and we cannot wait for any longer to watch the movie at our nearby theatres. Are you all excited for the movie ‘Padmavati’?

Shahid May Not Work With SLB In Padmavati

Is Deepika Padukone stealing the spotlight for Padmavati?

Shahid And Ileana On The Sets Of KBC

The Most Awaited Teaser of this Year