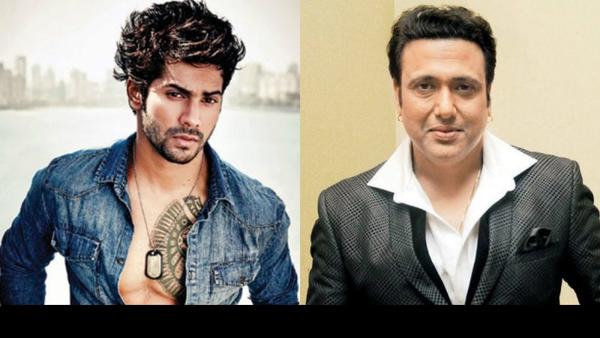 It is no new news that everything is not well between Govinda and Dhawan family. The news of unsatisfaction that is luring around two big stars is making some really hot gossip in the Bollywood business. We all have read about the fallout between David Dhawan and Govinda and their present work relationship. This time Varun Dhawan has given some not so favorable answers to the dispute between his father and Govinda and it seems like Varun's cold fight with Govinda is making rounds in all media houses.

The news is making some real talk in the B-town that is, why are Govinda and Varun fighting? Earlier, it was Govinda who has made some nasty comments on Varun’s father David Dhawan and even called him dangerous and jealous. These comments were so enticing and outspoken that it made us all go in shock as Govinda was known to be the blue-eyed Star of David Dhawan’s movies. With similar more comments made by Govinda has made the son star junior Dhawan really annoyed.

When Varun was asked on what exact thoughts and comments he would give on the harsh statements made by Govinda on his father he said, “Govinda sir has spoilt my dad. As an actor, he has set such high standards that it is extremely difficult to reach up to that level... He is a living legend of our industry and nobody can be like him." The Badrinath Ki Dulhania actor said, "It doesn't affect the fact that I like his work. I am a fanboy forever." Prodded about his reaction to the comments about David Dhawan, Varun said, "This isn't really my place to talk. I hold him in high regard. [But] To each his own. I won't comment if he was wrong. I won't let my true feelings on the issue come out."

Will this feud end anytime soon or there will be a new fight alluring between Varun and Govinda that will make history in Bollywood?

So Is "Chashme Baddoor" Worth A Watch?

David Dhawan: Coolie No. 1 not really a remake

After David Dhawan and Varun, Salman Khan to work with third Dhawan

A new face will be cast opposite Varun Dhawan in 'October'?

October in April This Year!