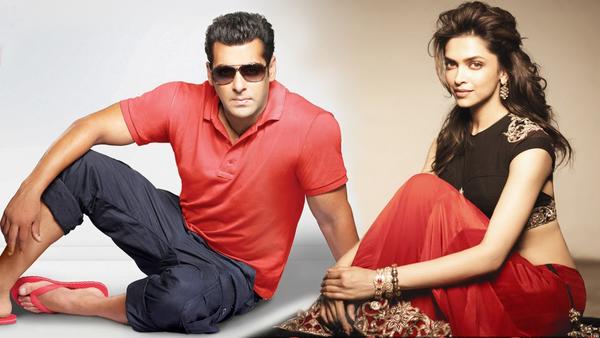 Finally it seems that Deepika PAdukone and Salman Khan might get together for a film!

Deepika has been around for a decade now, but surprisingly she has never worked with Salman. Both Deepika Padukone and Salman Khan are insanely good looking, and this is why the fans want to see them together in a film. There was no possibility of this happening while SRK and Salman were at loggerheads. This is because Dippy is considered to be in the SRK camp - she has done a few films with King Khan and is a good friend. But now that the cold war is history, we can look forward to Salman and Dippy working together.

In fact, Kick 2 has been offered to Deepika already. Jacqueline Fernandes will probably be replaced in the seuel because the makers want to present a fresh pairing with this film. Jackie is alredy working with Salman in Race 3 so the producers are looking at replacing her with Deepika. Though nothing has yet been finalised, it is very likely that we will indeed see Deepika alongside quirky Salman in Kick 2!

Deepika Padukone enjoys Ranveer Singh’s company as they go for a cycle ride during vacation:

Ranbir Kapoor-Deepika Padukone to work together

Salman and Deepika May be roped in Kabir Khan's next film

KJo confessed ‘Deepika and Sidharth should do a film together’