Ranchi Diaries: A Hiest to Look Forward to! 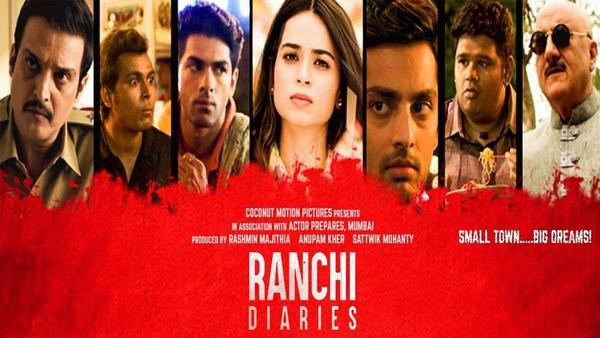 This year the future for small movies looks more flourishing and refreshing when it comes with a good concept and story line. Ranchi Diaries is a similar movie that revolves around a fun robbery attempt that makes the movie unique from the rest.

Ranchi Diaries portrays the story of Gudiya and her friends who belong from a small town in Ranchi. She has the ambition of becoming a pop sensation like Shakira. Her talent draws the unwanted attention of the local Mafia kingpin, Thakur bhaiya & makes her elope with childhood lover Manish. Later when the situation after eloping turns out to be rough she with her friend’s plans to heist a bank and the robbery seems to capture the real excitement in the movie.

Co-produced by Anupam Kher under the banner Actor Prepares, Ranchi Diaries looks to be a promising heist comedy, going by the trailer that came out sometime back. A group of down-on-luck minorities, played by Soundarya Sharma, Himansh Kohli, Taaha Shah Badusha and co. after watching a movie called Ocean 11, make plans to dub the robbery actions in real and it went all wrong and unpredictive. The movie makes the real life situation of robbery into reel life motion.

This is a new refreshing comedy that covers the scenario of real fun at real life situation. I am eagerly waiting for the movie to hit the theaters. Aren’t you?

Celebrities in this Article: Anupam Kher

No Mobile Phones For Women!!!

Dhobi Ghat: The Official Trailer Is Out And It Rocks!!!

Deepika Padukone to get back to south films? Here what Deepika Says?

Real Age of Your Favorite Actresses