After More than 2 Decades, Sunny Deol Reveals the Reason Behind his Cold War With SRK! 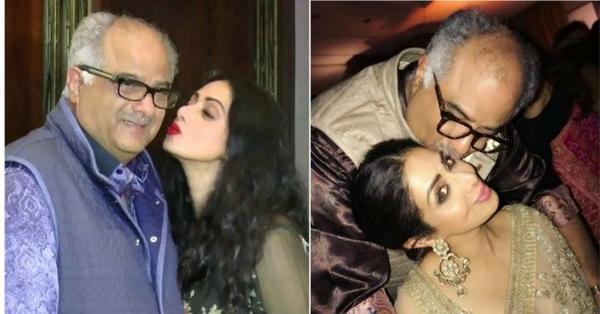 A cold war is very common in Bollywood let be with actors or actresses, a small friction can elevate celebrities’ relationship in a wrong way. Well, we all know the cold shoulder relationship between Sunny Deol and SRK, but have we ever thought of how and why the cold war comes to existence in the first place? Maybe not, but we have someone clarifying the air regarding the cold war between senior Deol and senior Khan and it is none other than Sunny himself.

Sunny Deol while promoting his upcoming movie Poster Boyz talked about his relations with Bollywood industry and other people. The relation between Sunny Deol and Shah Rukh Khan has always been nerve-wracking and the reason behind this stress is an incident which happened 24 years back. In one recent interview, Sunny Deol initially discussed his relationship with Shah Rukh Khan. Sunny is very disturbed and hurt with an incident which happened 24 years back following which he has not worked with Shah Rukh and Yashraj Films banner till now.

Sunny Deol told in an interview, "This is an old issue, Yash Chopra never told me that villain is going to be glorified in Darr and other than this I don't have any problem with them. I always had worked with open heart and I always work with directors believe. Many actors don't do that, heroism should be standing on truth." Yash Chopra's Darr starred Sunny, Shah Rukh and Juhi Chawla in lead roles. Shah Rukh, who played the villain, reaped massive admiration for his astounding performance. This hurt Sunny, who was the lead actor in the film.

Well, now that the heat is out can we believe that SRK and Sunny can make their amends and be friends like before 24 years?

Can You Catch a Cold if You Sleep With Wet Hair?

Home Remedies for Cough and Colds in this Season.

Is the Dimple-Sunny Romance Sizzling again?

Sunny Deol Meet His Fans At Juhu In Mumbai

Sunny Deol On The Sets of Yamla Pagla Deewana 2

Did You Know Your Microwave Could Do This?