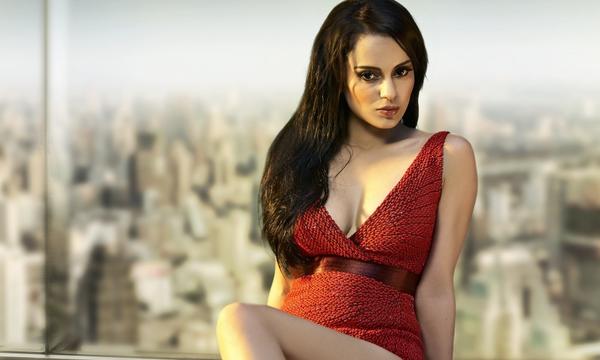 Kangana Ranaut is a name who is well known in the movie industry. There is no one in the movie business who has not crossed their paths with Kangana. We all know Kangana to be the bindaas and fearless actress who speaks her mind and do not care to be always politically correct like most of the actresses in the B-town business.

Recently Kangana was seen giving an interview in a popular TV show that broadcasted her fearless attitude towards Bollywood business and people around her movie that tried to keep her low key.  Appearing on the massively popular TV show Aap Ki Adalat, she made some shocking revelations to Rajat Sharma. Kangana said Hrithik, with whom she's co-starred in Krrish 3 and Kites, should "apologise to her publicly." The Tanu Weds Manu star said: "Please call him on the show and ask why he has been running and hiding from me. He (Hrithik Roshan) and his father (Rakesh Roshan) have made fools of themselves, they should apologise to me in public."

While giving the interview Kangana said, “I have faced so much humiliation. I cried for nights. I was unable to sleep. Emails on my name were unconfined and people still Google them and gossip. “Mujhe is badtameezi ki maafi chahiye”. She further added her comments on Karan Johar’s remark to promote nepotism and criticized his take on actresses from outside the movie industry. We truly agree with her point and opinion towards people around her. Do you all agree with her statements?

Find Out Why Kangana Ranaut and Ketan Mehta are Fighting!

Kangana Will Be A Fat Bride!

Kangana Ranaut dedicates her performance in 'Panga' to her mother

‘Kangana is mad, will take legal action against her’: Aditya on fresh allegations

Again Kangana attacks ex-lover Hrithik, and demanding an apology from him

Kangana is planning to step into the director's shoes, will be direct a comedy flick

Star Kangana Ranaut opens up about her ‘Fiece, Fiery’ character in Rangoon