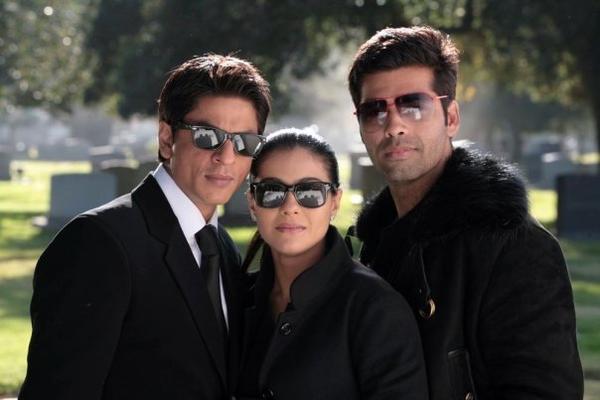 Karan Johar is a big short in the Bollywood business. The director and famous TV host of Indian television have always been in news for many events and especially for his friendship and relationship goals. However, KJO was also in news for his bond breakup and rampant in is perfect friendship. Karan’s fall out with Kajol was a big news in the entertainment column which is hard to forget.

However, it seems like Karan has mended his relationships with his close friends and is doing gaga over the B-town. Recently Karan shared few pics of his closest friends including Kajol and was nostalgic about his lifetime bonds. Much has been spoken and written about Karan Johar's public fallout with best friend Kajol but if the social media explanation is anything to go by, the two are back to being as thick as they were. Karan who recently shared pictures of his children also shared an old group picture with Kajol and Shahrukh Khan in social media and captioned it as, "Lifetime bonds!!!!"

There is no window dressing that Kajol and Karan were on a break after the latter had made some controversial comments against the former on social media. However, on the occasion of Raksha Bandhan, Karan shared the first-ever photograph of his children and soon after the post was up, his old friend Kajol liked the photograph. To ensure the gesture didn't go unreciprocated, Karan decided to follow Kajol on Instagram and with a small gesture the feud between the besties melt down to become the old pals again.

With Karan recently sharing pictures of his best pals in the business, it is sure that KJo is all set with good terms when it comes to Kajol. We are happy for the two and wish both of them more success in their life.

No cameo of Kajol in Karan's Ae Dil Hai Mushkil

KJO's will be Launched his Autobiography Titled An Unsuitable Boy soon

Are Kareena and Priyanka Friends Now?