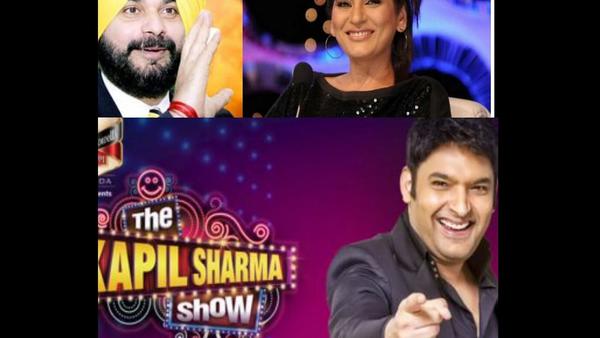 If there is one celebrity who can light up a comedy show, it's got to be Archana Puran Singh!

After being at the forefront of India's stand up comedy scene for more than a decade, Archana was invited to replace Navjot Sidhu in Kapil Sharma's show. Audiences love the bashful laughter that is characterizes Archana. But one person that was not happy about this change is Navjot Sidhu.

It has been reported that though Archana was called in to replace Sidhu only temporarirly, the cricketer-turned- politician-turned-comedian was not too happy about it. When he learned of the news, Sidhu called Kapil the two had a little fight.  Sidhu gave an ultimatum to Kapil, demanded that he NOT be replaced by anyone. But Kapil called Archana in for another episode. It is being said that Sidhu and Archana do not get along very well, this may be why Sidhu is clearly unhappy about Archana's role in the popular show.

Meanwhile, Archana clarified her stand on the matter by saying, "It feels weird sitting on Sidhu ji’s chair as we all are so used to seeing him on this throne. Kapil called me the same day of the shoot and I couldn’t say no to an old friend as we go back a long way. I’m here only for a few episodes, once Sidhu ji is fit and fine, he will take over his throne. I will miss the show when he comes back and I’ll always be waiting for Kapil to call me to come again on this show."