Women Cricketers Are Making Us Proud, But How many People Are Watching? 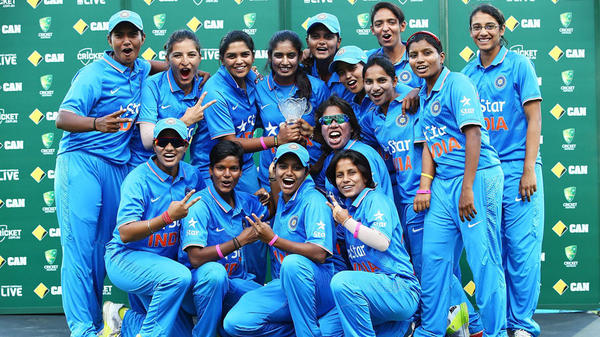 In a country like India, Cricket match is treated like a festival. Cricket has always been a fun game in India and has always been a medium of unity and excitement. Well, amidst of such craze, we do not acknowledge the fact that our women cricket team are also doing wonders. Women cricket team of India stands on the top charts in the world. If you do not know, get a glance on the Women’s World cup semi-final match in which our very own women’s team have shown some real game and are now ready for finals to win the World Cup 2017 title.

Where the men failed, we are hopeful that the female cricketers can flash to glory when they face England in the World Cup final on Sunday. Our Women cricketers are actually making us all proud by their performances in the present World cup series by making some historical runs and performances. But the question here is, are we actually watching the matches? The acknowledgment and accolades that are supposed to be showered to our women cricket team are minimal.

What's more saddening to see is that even an Indian domestic tournament like Ipl gets a bigger exposure than an International women's tournament. Take nothing away from the Men's team but we support the Men's team way too much that in doing so, we hardly recognize our female equivalents who are rocking the stage and making us proud.

People hardly knowing Women's team members and one girl scores a century and immediately the double standards in us comes out screaming, “She is my new crush”.

Don’t you think our women cricket team deserves the same respect and public attention as the men’s team receives?

What is Kapil Dev's Daughter Doing in Ranveer Singh's 83?

Ranveer Singh is Learning to Play Cricket - Guess Who's Training Him?

Clash of the Titans

Trailer of Ranveer Singh starrer ’83 to be unveiled on This date at a grand event in Mumbai!

Sachin Tendulkar: If you are a true cricket fan, you would watch a women's game too

Ranbir and Abhishek Clicked At The ASFC Game