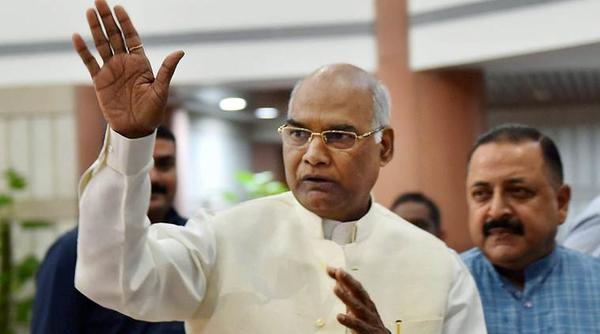 Do you know who our recent President is? Well, Ram Nath Kovind on Thursday was elected the 14th President of India. NDA candidate Ram Nath Kovind won over Opposition's Meira Kumar to formally become the 14th President of India. Kovind won the election by a margin of 3,34,730 votes, securing 7, 02,044 as against Kumar's 3,67,314. Mr. Kovind was the former Governor of Bihar. He will be sworn in on 25 July to comply with the position of President.

Kovind will be the second Dalit to befall with the position of being a President of the country after KR Narayanan. Kovind, a solicitor by occupation, began his career in 1971 and was registered in the Bar Council of India. He worked as an advocate for the Central government in Delhi High Court from 1977 to 1979. Throughout his 16-year-long judicial occupation, he experienced working in both the Delhi HC and the Supreme Court.

After it was declared that Ram Nath Kovind becomes the President of India, Prime Minister Narendra Modi took to twitter to congratulate Kovind. He said, “Congratulations to Shri Ram Nath Kovind Ji on being elected the President of India! Best wishes for a fruitful & inspiring tenure. Gladdened by the extensive support for Shri Ram Nath Kovind Ji among MPs & across various states. I thank members of the Electoral College. I also congratulate Meira Kumar Ji for her campaign, which was in a spirit of the democratic ethos & values we all are proud of.”

We congratulate our new President and hope that under his jurisdiction our country shows a regressive progression towards upliftment and growth.

President of Croatia has Suddenly Become one of the Most Loved Leaders!

Gear Up To Meet Babuji Once More!

Shoojit Sircar: Screening 'Pink' for the president was an absolute honour for us

Jr NTR At Vastunna Meekosam To Meet The TDP Chief