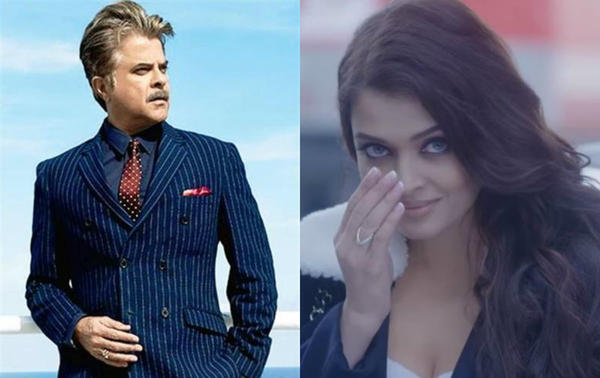 Anil Kapoor just made it to an elite list of Bollywood actors - the list of actors who can say "My Name is Khan"!

Anil Kapoor is all set to play his very first Khan character in Rakeysh Omprakash Mehra's film Fanney Khan. Working alongside Anil Kapoor in this film is Aishwarya Rai Bachchan. Fanney Khan brings together these two actors after almost 2 decades. They were previously seen in Hamara Dil Aapke Paas Hai and Taal.

Though we don't know much about the film yet, it is sure to be a big entertainer. Talking about his role in the film, Anil said, "It has a fantastic script. It's a musical. I am really thrilled to be part of the film. It's the first time that I am playing a character whose name is Khan."

It is being speculated that Aishwarya Rai Bachchan and Anil Kapoor will indeed play a romantic couple in this film. After his middle age role in Dil Dhadakne Do, Anil Kapoor comes across as rather old and many fans find it weird that he will be romancing Aishwarya. But let's not forget, Anil Kapoor is as young as they come - he defies all natural laws of ageing!

Guess Why Anil Kapoor Once Fell at Sunita's Feet?

How is Anil Kapoor Getting Younger Day by Day?

Good news for Aish fans: She will make her instagram debut on may 11

Rajkummar Rao to grow a beard for 'Fanney Khan'

The ‘Taal’ duo Aishwarya Rai and Anil Kapoor will next be seen in Fanney Khan?