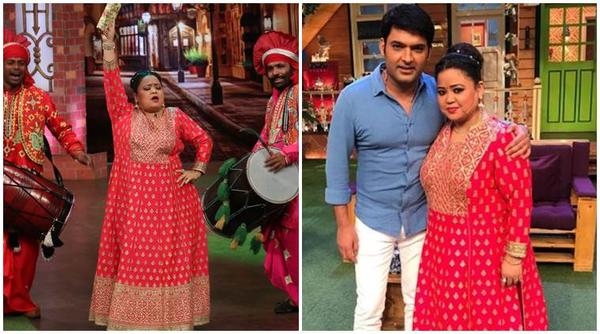 The Kapil Sharma Show has been the most liked comedy show in India for a year now. The show that has gone through with some tumultuous circumstances lately is getting on track and maintaining momentum to gain TRP and public applauses.

It was a big headline that famous Bharti Singh who is now the new member of the crew of the show initially denied her part in the show and refused to shoot for it. But if we keep all rumors aside and focus on the present, Bharti now is very much part of the show and she even appeared on the show on this Sunday’s episode.

Bharti is no doubt one of best female comedian of our nation and it is splendid to see her in the same show sharing space with Kapil. The rumor of Bharti canceling her first-day shoot for the show is now a history no one remembers. With Bharti joining The Kapil Sharma Show will certainly make the show regain its position in the hierarchal list at the top.

The Kapil Sharma Show has gone through some rough patches recently and the first good thing after Sunil Grover that happened to the show is Bharti. We hope that the show regains its popularity and becomes the number one show as it was before Sunil Grover left it. We wish all the best to Kapil and his team for future episodes.

The Kapil Sharma Show to now move to Salman Khan’s own channel?

Bharti Singh didn’t cancel the shoot: Nothing seems to have gone off between Kapil and Bharti

WHAT? Bharti Singh denied to shoot with Kapil Sharma