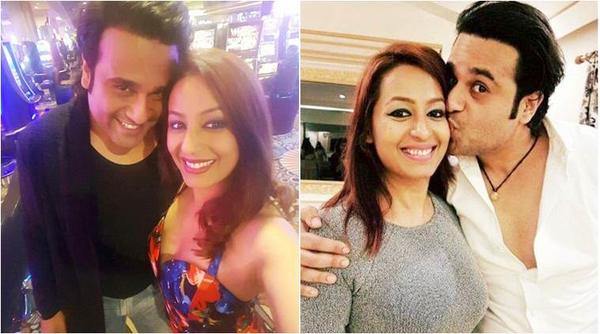 Bollywood is adopting modernization and adaptability to future changes. If you would have noticed there are many celebs who have become parents recently and surrogacy has played a vital role in providing them the status of becoming parents. From Tushar Kapoor to Karan Johar to SRK, have become parents through surrogacy and the recent add to list of becoming new parents now enlist the power couple Comedian Krushna Abhishek and actress Kashmera Shah.

Comedian Krushna Abhishek and actress Kashmera Shah have become the latest celeb couple to become parents through surrogacy. The couple has become proud parents of twin boys through surrogacy process and IVF system. Surrogacy procedure is now widely used in India and also adopted by many people without any future hesitation. Krushna and Kashmera are on cloud nine after becoming proud parents. This incident has brought a big change in their life. But Krushna and Kashmera are not the only one couple or celeb who has been through this procedure. Other Bollywood celebs too had used the option to espouse parenthood.

Surrogacy is an elucidation for people who can’t envisage babies through the naturally conceiving process. With Krushna and Kashmera moving one step closer to becoming more responsible and dignified, we congratulated them on taking a big step in their life and support them with more power for their coming enrolments and commitments.

Guess Who Wants to Adopt a Baby Girl?

Tips to Manage Expenses When You Become New Parents.

Why Did Tusshar Kapoor Choose Surrogacy?

Shilpa Shetty on choosing surrogacy: I had a couple of miscarriages; waited for second child for five years

Krushna Abhishek and Kashmera Shah on having kids via surrogacy, 'we struggled to have them'

After Tusshar, Karan Johar becomes father to twins via surrogacy

My Son Is Studying Engineering!

Parenting Mistakes to Learn From