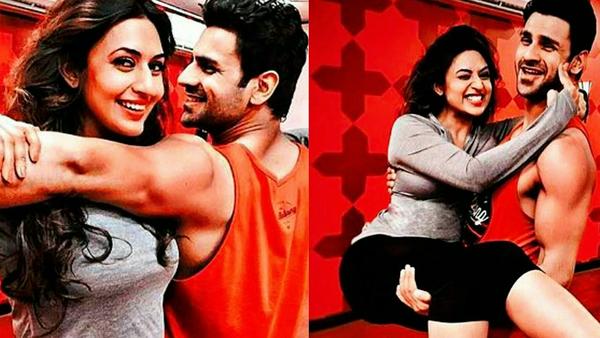 Divyanka and Vivek Dahiya have been very popular as a couple much before they embarked on their dancing journey with Nach Baliye. They became a superhit jodi just by getting married and sharing their special moments with the world via social media! People already loved this jodi so much that they had a distinct advantage over other couples competing for the grand prize at Nach Baliye this year!

Yes, Divyanka and Vivek, lovingly called Divek, have won this season of Nach Baliye! Many people think that some other jodis were much better at dancing. But clearly, people did not think so. Even if others danced better, this jodi was a better and more loved jodi! Talking about this, Divyanka said, "Why blame popularity votes? The show is based on popularity and audience voting. Everybody, every contestant and judge knows the format, so what is the fuss all about? Lots of people are speculating unnecessarily. It's a fair game. And then, we were not just standing on stage; we were dancing and people did like our performances. It is a case of sour grapes!"

Talking about this win, Vivek humbly said, "We are still numb and the feeling hasn't sunk in yet. It's so beautiful to wake up to the trophy; we will always cherish it and think that it was worth it after four months of dedication and hard work. Divyanka is used to extreme shooting schedules, but not me."

Guess Who is the Highest Paid Celebrity on Nach Baliye 9?

Divyanka and Vivek Continue to Set Major Relationship Goals for Us!

Anita Hassanandani: Will give my best shot on Nach Baliye

Terence,Shilpa and Sajid Khan On Location Shoot of Nach Baliye 6

Deepika Padukone On The Sets Of Nach Baliye 5

Can Vivek Deliver A Solo Hit?

Vivek Oberoi Is The Villain in Krrish 2