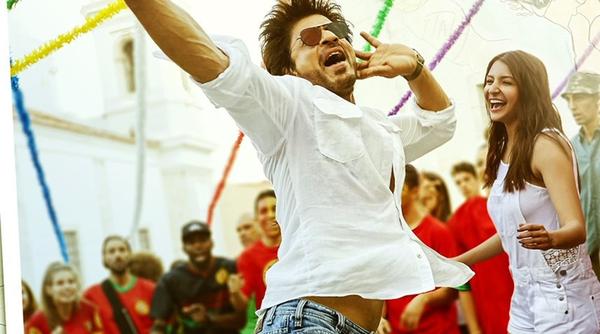 Shahrukh and Anushka will be seen sharing the silver screen together in Imtiaz Ali’s next. The “Rab Ne Bana De Jodi” Jodi is all set to make a new fusion of entertainment and we cannot wait to see the magical onscreen couple bringing the light of joy with the new movie.

Imtiaz Ali is a very prolific director of Hindi film industry. It has been a long time since the anticipation to the name of the SRK and Anushka starter was making circles. After much keenness for upcoming Imtiaz Ali’s film that has Shahrukh Khan and Anushka Sharma in lead, the speculation around the movie’s title is now over. The first look and the title were finally unveiled on Thursday in the middle of a lot of buzz and enthusiasm.

The Imtiaz Ali’s next is titled as “Jab Harry Met Sejal”, a clear imitation of Hollywood classic "When Harry Met Sally" and Imtiaz's older hit Jab We Met.  The movie name sounds bit funny but has a humor attached to it too.

While fans are glad about the imminent and upcoming film of Imtiaz next, People and fans are certainly not happy with the name. Many are also asking if the film is a remake of the Hollywood classic. Earlier there were speculations about the film being named as The Ring or Rehnuma.

We all are waiting for the movie to go on floor this fall. Are you excited as well?

Sara or Kiara - Guess Who Is Imtiaz Ali's Choice?

Shahid Kapoor and Imtiaz Ali to reunite for Jab We Met sequel? What director has to say

Working with SRK has always been very satisfied: Anushka Sharma