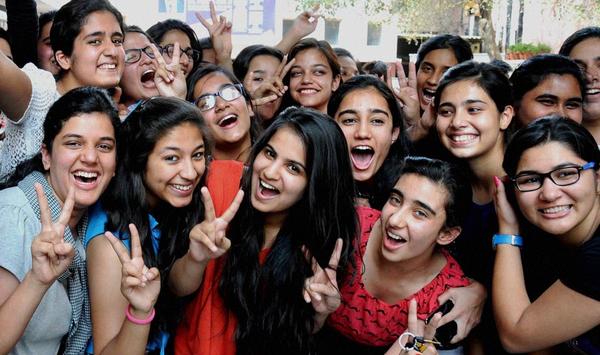 Who said girls are lesser than boys. If equal opportunities are shined over both boys and girls, then every girl has the potential to mark her name in the list of achievements and glory. Recently this year’s 12thexamination results were out and no wonder once again girls beat the boys and scored the highest percentage in the higher secondary examination.

With CBSE declaring the results for 12th examination, the majority of students who passed this exam are mostly girls. The pass percentage is recorded to be 82%.  The pass percentage for Class 12 Delhi region is 86.45% as compared to last year’s 87.01%.

Prime Minister Narendra Modi and Union Human Resource Development Minister Prakash Javadekar congratulated all successful students after the results were announced.
"Congratulations to all my young friends who have successfully passed the CBSE Class XII exams and best wishes for future endeavors," Modi said in a tweet. Javadekar showed his love in a video message to students stating that "I want to congratulate all the students who scored well and said that success will surely give you strength and confidence.” The Minister advised students who could not perform well that "the defeat is not final unless we keep trying".

Year after year girls are captivating the result section and scoring the unbeatable percentages that are unimaginable and appreciable. We congratulate every student who passed their higher secondary examination this year.

Is the Rise in Depression a Fallout of COVID-19 Lockdown?

Ishaan Khattar wraps up shooting of A Suitable Boy

90 per cent of how you look depends on what you eat: Disha shares her fitness mantra

She Stood 2nd in the Exams!

Another Legend Passes Away in Bollywood