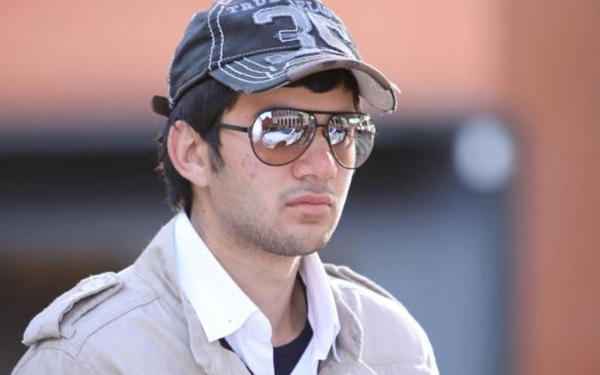 Veteran Bollywood star Dharmender has a new reason to smile. Dharam paa ji's grandson Karan Deol is all set to make his Bollywood debut with a film titled Pal Pal Dil Ke Paas! The is film is being produced by Zee Studios in collaboration with Sunny Deol himself. The last time Zee and Sunny collaborated, the result was Gadar. So you can expect something even bigger and better this time!

As he began shooting in Manali, Sunny tweeted a picture of himself with his son Karan, saying, "Started Pal Pal Dil Ke Paas. Karan’s first day at shoot... Can’t get enough... My boy has grown big" Sunny is also directing the film himself and further said, "My father launched me and now I am launching my son. Karan is extremely passionate about his acting career and I am sure he will do everyone proud."

This marks the launch of the third generation from the Deol family after Dharmender and Sunny-Bobby already having made their mark on Bollywood. Interestingly, Karan has already signed his second film as well.

Celebrities in this Article: Sunny Deol

Would You Like to See Karan Deol in Sunny Deol Remakes?

Sunny Has An Ambitious Biopic Idea!

Is the Dimple-Sunny Romance Sizzling again?

After More than 2 Decades, Sunny Deol Reveals the Reason Behind his Cold War With SRK!

Find out! What Sunny Deol has to say about father Dharmendra and 'shy' son Karan Deol

Find here! What Dharmendra has to say on grandson Karan Deol's Bollywood debut

Has Sunny Deol's next film been shelved because of his son Karan?