Huma Qureshi Is Super Excited About Working With This Superstar! 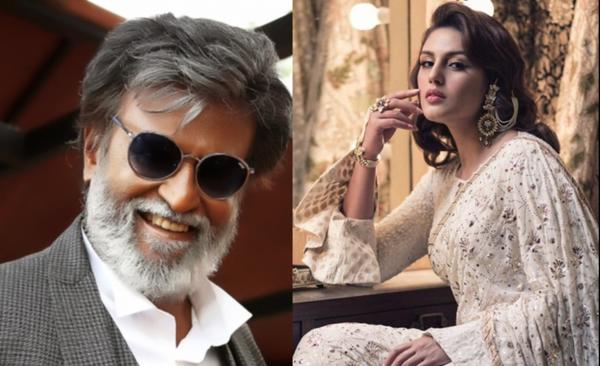 Huma Qureshi is no doubt our country’s well-acclaimed actress. The Wasseypur actress is always known for her dark roles in movies and is well appreciated for her acting chops. This time the actress has climbed a new ladder of fame. The actress who was lastly seen with Akshay Kumar in Jolly LLB 2 will now romance the megastar Rajinikanth in her next movie.

It seems like the makers of superstar Rajinikanth's upcoming film has finally zipped in on the female lead for the film. Huma Qureshi is finalized to share the screen space with superstar Rajinikanth. “The makers were keen on casting Huma in the romantic lead opposite megastar Rajinikanth as she fits the requirements of the role,” the producers of the yet-to-be-titled film said in the media interaction when asked about the buzzing news of Miss Qureshi joining them for the movie.

Speaking about the movie and Huma, a source was quoted saying, "The makers were looking for someone with a strong screen presence as it's a performance oriented role. Huma will play Rajinikanth's love interest. She is really excited. They start shooting in Mumbai from May 28 and Huma will start prep soon."

Well, Huma is always been appreciated critically as well as by audiences for her acting on the big screen. The actress has never disappointed us when it comes to movies and acting. Earlier, actresses like Aishwarya Rai Bachchan, Deepika Padukone, Sonakshi Sinha and Radhika Apte have worked opposite Rajinikanth. It will be entertaining to watch Huma romancing the mega star. We will be waiting for the movie to be out in theaters.

Why Did Huma Qureshi Walk Out of India's Best Dramebaaz?

What Would It Mean if Rajinikanth Were to Enter Politics?

Don't Want To Be Size Zero!

Huma Qureshi to be part of ‘Pink’ director’s next

Partition: 1947 intends to unite people rather than divide: Huma Qureshi

Wow! Huma Qureshi will romance with superstar Rajinikanth in his next

Huma Qureshi has put her heart and soul in 'Viceroy's House'