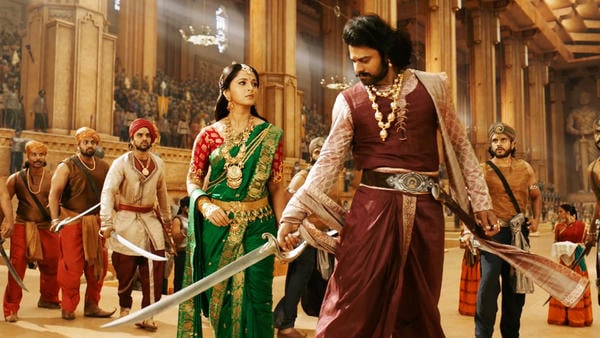 All over the country, women are swooning over Amarendra Baahubali. You will be tempted to think that it's because of Prabhas, his bulging muscles, tall frame, and the sexy baritone of Sharad Kelkar that brought Baahubali alive for the Hindi audience! All this is true. Yes, we thought Prabhas was really sexy and cute at the same time. We loved his voice and everything else about him. But it's not just that.

Take any Hindi movie that epitomises the strong bond between a son and his mother. We are repeatedly shown that the wife is an outsider in this relationship. If the wife has a mind of her own and argues with her mother-in-law, she risks being beaten up by her own husband - simply because the mother can never be wrong, right? If she goes against his mother, her husband will throw her out of the house and shun her completely because he is such a good son! This behavious of our characters is shown by the film makers and by audience it is celebrated and admired.

Now here comes Amarendra Baahubali - who not only stands up for his wife-to-be, he does the unthinkable by telling his mother that she is wrong. His wife shows aggressive and rude behaviour towards his mother in one of the scenes, but our guy does nothing to stop her - because he knows she is right!

....and this is why women love Amarendra Baahubali!

Why Do Mothers Cry?

Koffee with Karan 6: Prabhas is the ‘bad boy’, reveals SS Rajamouli on the show

A Little Baby's Struggle To Live!