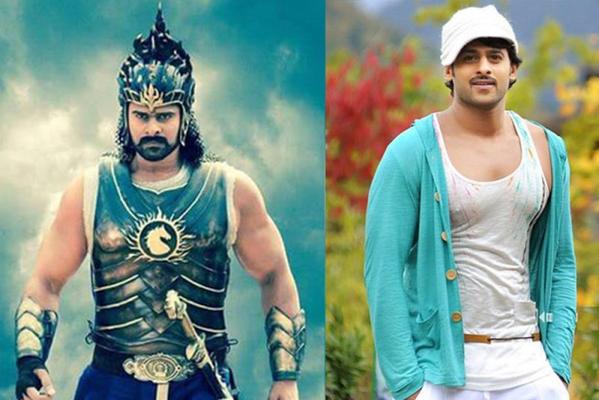 Baahubali 2 is the new news covering all media scope under its headlines. The movie has buzzed every audience’s imagination and is still going high. Well, if we focus on the lead actor of the movie, Prabhas being the lead actor has captivated everyone by his performance and his looks in Baahubali 2. There is no doubt that Baahubali has gained a lot of praises and also pushed Prabhas to the top of the game in the movie business. Well, if we look back to the days before Baahubali happened for the star we can easily pinpoint some unusual changes.

The star who gained weight for the movie and has a toned body with ultimate physic like a warrior at the moment was not as bulky and massy before. Prabhas’s performance made us all jump from our seat with excitement during the movie, the star has definitely transformed from being having a boy next door image to a heavy meat massy hero.  Prabhas has certainly overshadowed all the stars of our nation with his performance and has gathered a mass praising from all over the nation. The star who is fixated to South Indian industry is now a heartthrob of the nation and has collected and bridged the fan base from every pole of the nation.

Unbelievable, isn’t it?  We totally dig Prabhas’s Baahubali look. In fact, we wish that he gets hotter or stays as he is now. The actor’s female fan base has definitely increased post this magnum opus film, thanks to S.S. Rajamouli. Well, any change that came along with the movie has all being positive for the actor and we can’t be more happy for him.

Shraddha: So excited to be a part of the 'Saaho' team and to be working with Prabhas

Can This Man Really Fly?