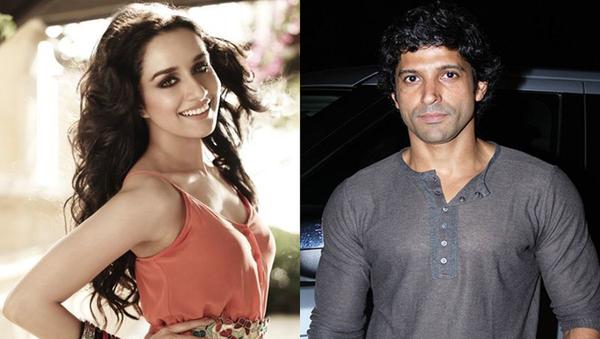 There are many on-screen duos who are linked to each other in real life too. There were reports of Shraddha Kapoor, Farhan’s alleged girlfriend moving in his apartment after a huge argument at her home. But the recent statement that Shraddha made on press proves that the on-screen Rock-on couple never were in a relationship but are just good friends.

Recently when Shraddha was asked about her relationship with Farhan, Here is what Shraddha said about the reports doing the rounds:

“I got a message from someone telling me about this article, and initially, I was amused. While it doesn’t make a difference to me because I know it’s not true, it’s sad that these false stories go so far that people forget we are human, too. Of course, we are actors and there will be people who would probably want to read something gossipy about us, but when it involves my father, my aunt and my co-star, it’s taking it too far.”

She also cleared the air about her live-in status! She admitted to being in a live-in but with her parents. We appreciate Shraddha’s words to make a point amongst the baseless rumors about her status of her relationship. Well, after Shraddha’s statement it clears the air that the Rock-on on-screen couple is no longer together in real life. So, Shraddha Kapoor and Farhan Akhtar relationship is now a history that Shraddha would never want to continue at this moment of her career.

Guess Which Biopic is Shraddha Kapoor Preparing For!

Find out the real reason, Why Farhan Akhtar and Aditya Roy Kapur fight over Shraddha

Kriti excited to work with Farhan in 'Lucknow Central'