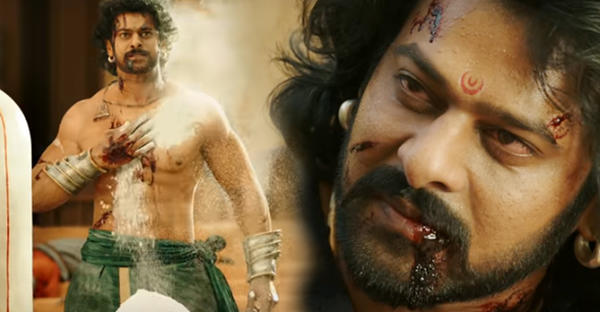 Baahubali 2 is out near your theaters and the reports from the media and viewers are making the movie a high trending subject in every platform of the entertainment business. The wait is finally over and we can now know all the reasons and doubts that we had after the first part of the movie that was released two years back. The second part of the movie is all out and it’s been only five days of its release, the movie is captivating maximum audiences under its belt and moving forward to break all records of box office.

If we go with the media sources the movie is breaking all records in its run at the box office. SS Rajamouli's magnum opus Baahubali 2 is breathing up to the prospect of the millions of fans of the franchise. From larger-than-life sets to jaw-tumbling visual effects to a great plotline to stellar performances by the cast, Baahubali has all the ingredients that make a blockbuster and record breaker in the movie business.

If we go with the numbers at the box office, it seems the director and producers wanted something more than a just a blockbuster. The makers were looking forward to creating epic history, and box-office reports suggest they have achieved it with Baahubali 2.

The movie got the biggest opening in India. The movie collected around 121 crores in its first day and thus breaking all records. If this was not enough the movie got the maximum screening in India and being an India movie it got the highest screening than any other Indian movie in America too. Moreover, Baahubali 2 became the highest grossing Indian movie in America, thus captivating the globe by its charm.

We are all amazed by the presentation of the movie and we wish to see such movies in future too.

After Aamir Khan’s PK and Dangal, Prabhas's Baahubali 2 has a China release

'Baahubali 2 - The Conclusion' set to release across 6,500 screens