A Peek Into the 1000 cr Mahabharata movie. 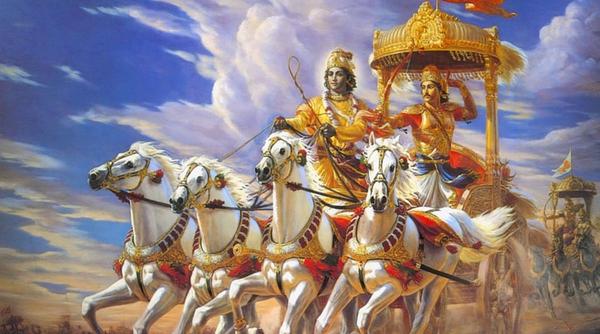 If you are not aware, get the latest news from the entertainment business that is getting huge publicity because of its high budget investment. Our very own epic story Mahabharata is about to be filmed with a budget of 1000 Cr.

With a $150-million (₹1,000 Crore) budget, the country’s spendthrift and costliest movie Mahabharata will hit the screen in early 2020. BR Shetty, a UAE-based billionaire entrepreneur and philanthropist, has stricken a plan to produce the movie in two parts and is scheduled to go on floor by September 2018.

The second part of the film will be released within 90 days of the first part. The film will be shot chiefly in English, Hindi, Malayalam, Kannada, Tamil and Telugu. It will be dubbed into major Indian and leading foreign languages. Shetty, founder and Chairman of UAE Exchange and NMC Healthcare, said: “This movie will be a true Make in India, made for the world. The Mahabharata mesmerizes as well as brings focus on life and living.”

Mr. Shetty also said that “I believe that this film will not only set global benchmarks but also reposition India and its prowess in mythological storytelling. I am confident that this film will be adapted in over 100 languages and reach over 3 billion people across the world,”

A global team led by an internationally notable casting director will handpick the cast. The movie might keep stars like Hrithik Roshan, Mahesh Babu, Mohanlal and many other regional actors.

With Shetty’s decision to back Mahabharata, he will join the league of producers such as Lord Richard Attenbourgh, who backed the biopic Gandhi to get a better input on knowing the facts of how exactly producing a movie actually works.

We thank Mr. Shetty for bringing an epic story live among larger world audiences. We can't wait to get more updates on the new mega-budget movie.

Union Budget 2019 - How This Budget Will Affect You?

Expect Fireworks during Diwali season With the Clash of Golmaal and Secret Superstar.

Ajay Devgn to produce biopic on The Ramsay Brothers; details inside

Budget 2012 Demystified For You
LATEST EVENTS / GALLERIES
Most Read
...loading