How to Identify A Narcissist? 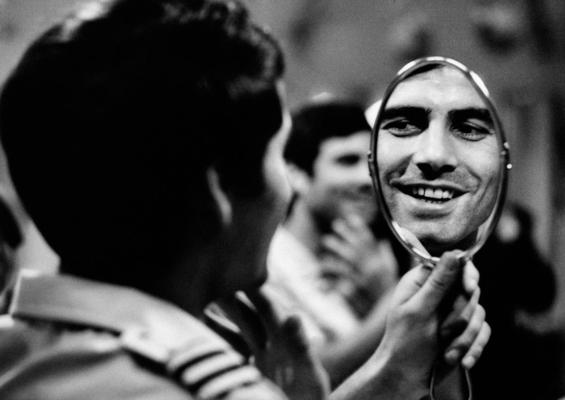 Radhika has been married to Suresh for a year now. Though it was a love marriage, she can't stand her husband now. She feels digusted by his personality and does not wish to spend the rest of her life with him! What brough this change? Radhika says that he is forever thinking of himself, talking of himself and doing things for himself. He scarcely ever think about anyone else. She finds him utterly vain and selfish. Radhika blames herself for not having seen this fault in his personality before it was too late!

Do you ever wonder if the person you are dating is a narcissist? Narcissistic personality is a disorder that affects more men than women. It is the personality trait that makes a person "too full of himself or herself". Learn to identify a naricissist before it is too late for you too!

How to Identify a Narcissist?

- He has a constant need for appreciation and admiration.

- He thinks he is special - more gifted than other mere mortals.

- He looks down upon most people around him.

- He exxagerates his qualities and achievements, and does not feel shy bragging about them!

- He expects and demands to be treated differently from others - because he is superior.

- Jealousy is his best friend - it never leaves him alone.

- He is very controlling and will often play mind games with you.

- You feel that you don't connect with him emotionally as he seems to be devoid of emtions!

If your guy sounds anything like this, run girl run! However, if you are really in love but worry that your man is a little like this, perhaps you could both seek counselling and get to the bottom of all problems.

What Not to Expect from Your First Date!

How to develop an adorable personality?

Will There Be A Second Date?

The Art of Emotional Blackmail

Post Salman Khan’s Bharat, Sunil Grover opens up on getting female attention: I’m not used to such compliments

Biopic on Rajyavardhan Rathore to be named Khiladi: Karan Johar

Next on Rajkummar Rao's wishlist - an action film

Varun reveals director he wants to work with again and again, still part of wishlist

Saqib Saleem: If my films don’t do well, I won’t get work

Virat Kohli shared a very rare photo of himself, spot him in it

SRK revealed I can wear anything for films

IPL 6 Kicks Off With A Grand Ceremony in Kolkata